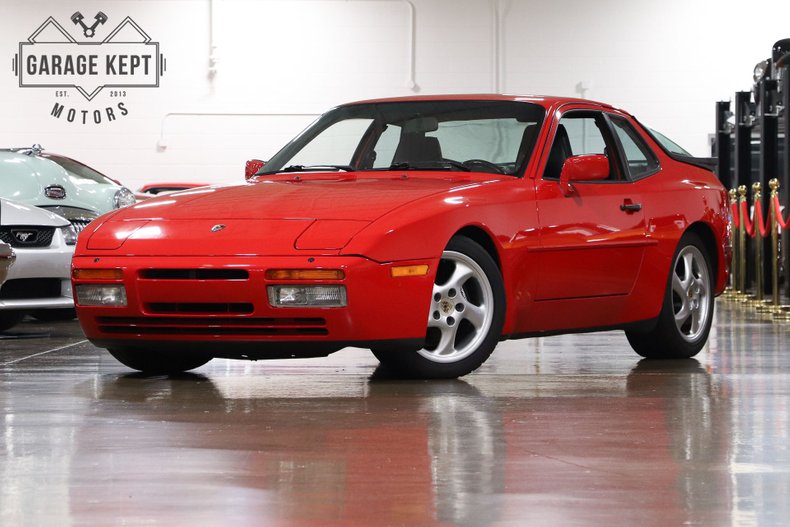 At its launch, the Porsche 944 Turbo (or “951” as Porsche code-named it referencing its “51” turbo-engine code) was greeted with an almost giddy enthusiasm. But there was also a dash of disbelief. The enthusiasm was inspired by the car's 217 horsepower, identical to its legendary, 911 stablemate. The concern? Mention “turbo” and “Porsche” in the same sentence back then, and thoughts of unexpected handling challenges (a nice turn of phrase for, “Oh my God, the rear of the car is now pointing where the front should be!”) were inevitable. The worry that “turbo” also meant “handling trouble,” however, was immediately dispelled as one road tester after another experienced the 944's stability and perfect road manners, even when transitioning to full boost. The Porsche 911 now had company at the top—or very close to it—of the Porsche hierarchy. As MotorSport magazine's May, 1986 road test put it: “… the 944 Turbo — an easily-guided missile… now threatens the pedestal on which sits its own relative, the 911 Carrera.”

Porsche 944 Turbo cars, in their time, were not inexpensive, their $30,000 price (over $70,000 in today's dollars) nearly as aggressive as that for the 911. Not many boy racers were able to get their hands on one. But a decade or more later, so many 944 Turbo cars became readily available on the used market, often dropping to a third or even a quarter their original sticker. A true German performance mega-bargain at that sort of price, many of the cars then found their boy-racer homes. Alas, too many of those young drivers lacked the resources (and perhaps even the motivation) to maintain the cars properly.

To say the least, the value of these cars today has re-blossomed. What accounted for the shift in just the past few years is a subject of debate. Some say the astonishing appreciation of the 911 Carrera cars—both new and pre-owned—opened up a “value gap” that favored the 944. Others suggest the increase was simply inevitable as overall “Porsche” desirability “lifted all boats,” so to speak. Others cite the diminished number of good 944 Turbos available as poorly maintained cars simply died off. And there are even a few who pinpoint the latest pricing surge to the purchase of two 944 cars, one a turbo, at the end of 2018 by noted Porsche collector, Jerry Seinfeld. Regardless, the values have taken a dramatic turn upward, and appear to be headed for more gains.


The Guards red 1986 Porsche 944 Turbo offered here with 90,000 miles—or roughly 2,700 per-year—presents exceptionally well. Its sole historical issue relates to a 2012 accident resulting in what its accompanying Carfax describes as left-front “minor damage;” and a subsequent salvage certificate following repair. The car's title, however, is clean and bears no mention of “salvage.”

Driving a properly sorted Porsche 944 Turbo can be an addictive experience. While the 80's offered lots of other addictive experiences, this one was, and fortunately is, still legal. Be sure to check out all the photos and video on our main website: Garage Kept Motors. Call if interested or e-mail with any questions. Thank you for looking.