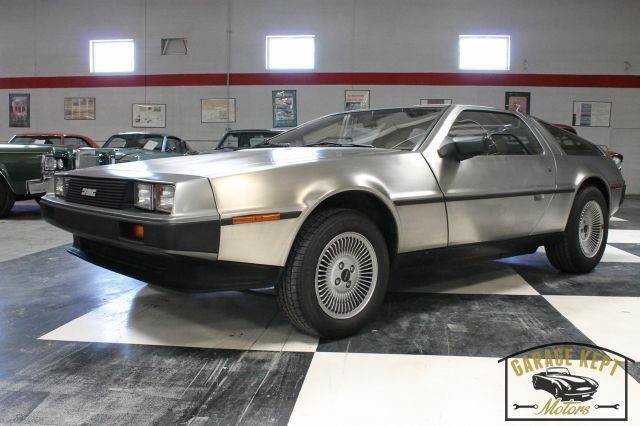 Jonn DeLorean rose throughout the ranks at GM as the person most responsible for creating the GTO. He did so by going around the GM brass who did not want to build cars with substantial horse power. He hid the car from them offering the GTO "trim package" as an option on the 1964 Tempest line. Lucky for us, there was no hiding the public success of the car and it became it's own model in 1965. DeLorean, tired of the politics in the company, left to build his own car. He hired Giuggiaro of Italdesign to design the car and Colin Chapman of Lotus to assist in the chassis and suspension. The car was then built and assembled in Northern Ireland. When first conceived, the car was supposed to sell for $12,000. However, by the time the car was built, the exchange rate between the pound and the dollar tanked and the actual cost of the car was $25,000, $7000 more than its competitor the Corvette, which sold for $18,000. The DeLorean's were only built for 2 years, 1981 and 1982 before the British government put the company in receivership and DeLorean was caught up in a DEA coke scandal in October 1982. And then the 1985 movie, Back to the Future, immortalized the stainless steel, gull winged beauty. The cars only had two options: interior color in grey or black and the transmission in a 5-speed or automatic. You could order any color as long it was unpainted stainless steel. These cars are now recognized as collectables and are becoming a must for the classic car collector. This example has the grey interior with automatic transmission and less than 45k original miles. The car was just converted from R12 air conditioning to the new R134a system and a new fuel pump just installed. Oil and filter just changed as well. This DeLorean is a proud member of a great collection of cars and is only for sale due to the owner's recent health condition.