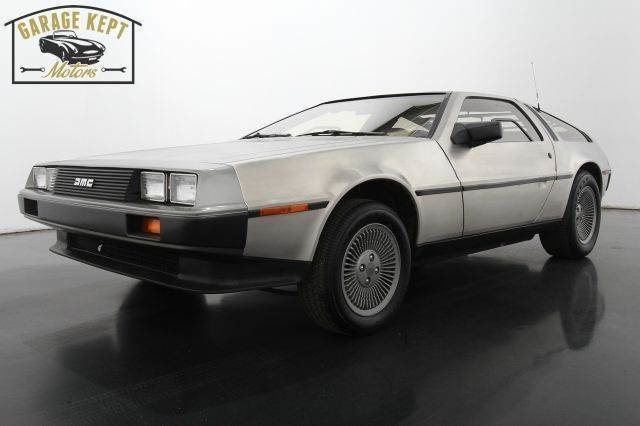 John DeLorean rose throughout the ranks at GM as the person most responsible for creating the GTO. He did so by going around the GM brass, who did not want to build cars with substantial horse power. He hid the car from them offering the GTO "trim package" as an option on the 1964 Tempest line. Lucky for us, there was no hiding the public success of the car and it became it's own model in 1965.DeLorean, tired of the politics in the company, left to build his own car. He hired Giuggiaro of Italdesign to design the car and Colin Chapman of Lotus to assist in the chassis and suspension. The car was then built and assembled in Northern Ireland. When first conceived, the car was supposed to sell for $12,000. However, by the time the car was built, the exchange rate between the pound and the dollar tanked and the actual cost of the car was $25,000, $7000 more than its competitor the Corvette, which sold for $18,000. The DeLorean's were only built for 2 years, 1981 and 1982 before the British government put the company in receivership and DeLorean was caught up in a DEA coke scandal in October 1982. And then the 1985 movie, Back to the Future, immortalized the stainless steel, gull winged beauty. The DMC-12's only had two options: interior color in grey or black and the transmission in a 5-speed or automatic. You could order any color as long it was unpainted stainless steel. These cars are now recognized as collectables and are becoming a must for the classic car collector. This example is an early 1981 production and came with the more desirable black interior and 5-speed manual transmission from the factory. It just a two-owner car and truly has just 14,356 original miles with documentation to verify. The first owner was Randall Rosenzweig of Belmont, MI, who originally purchased the car through Cars & Concepts, Inc. of Brighton, MI. In 1987 with 12,312 miles, the second and current owner acquired the car and since then has recorded just over 2,000 miles on the car. In November of 2014, it was completely gone through by Sybesma's Automotive of Holland, MI. They added a new master cylinder, new brake hoses, new clutch master cylinder, new slave cylinder, new clutch line, and new cooling hoses. The car starts and runs well, ready for a new home. It comes with all books, owner's manual, two sets of keys with key codes, original documentation, and original DeLorean promotional brochures. It is a timeless collector car with all ownership history and very low miles. This vehicle is being offered for sale through Garage Kept Motors LLC. You can see more photos and/or video on dealer website. Vehicle can be shown locally by appointment only. Call, text, or e-mail if interested.