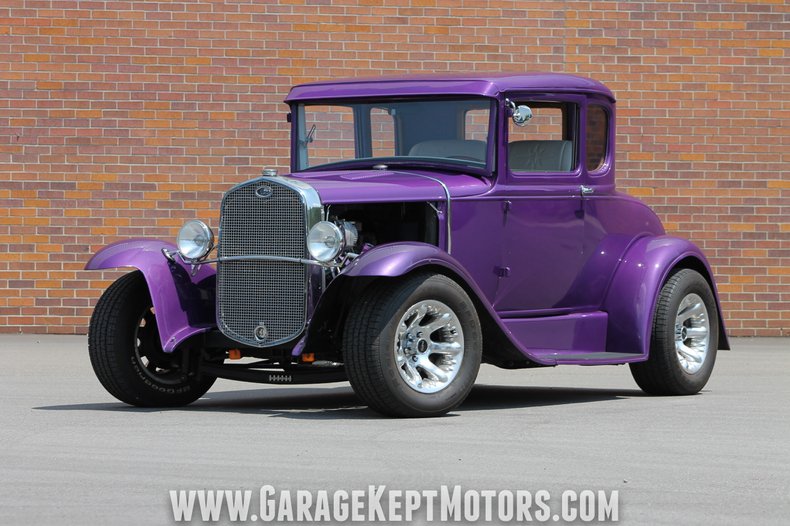 Offered here is a cool and custom 1931 Ford Coupe for consideration. This little hot rod is titled as a 1931 and has a steel body, doors, trunk lid and hood. It is finished in Plumb Crazy purple with a custom white interior. The car is powered by a 350ci V8 4bbl Holley with a 350 automatic transmission and Ford 9-inch rear end. It starts on command, runs well, and offers a fun driving experience. Guaranteed to get thumbs up at every stop light.

All the lights and turn signals work as they should. Power windows too. It's a very cool car that you couldn't build for the price we are asking. Be sure to check out all the photos and video on our website: Garage Kept Motors. Call if interested or e-mail with any questions. Thank you for looking.