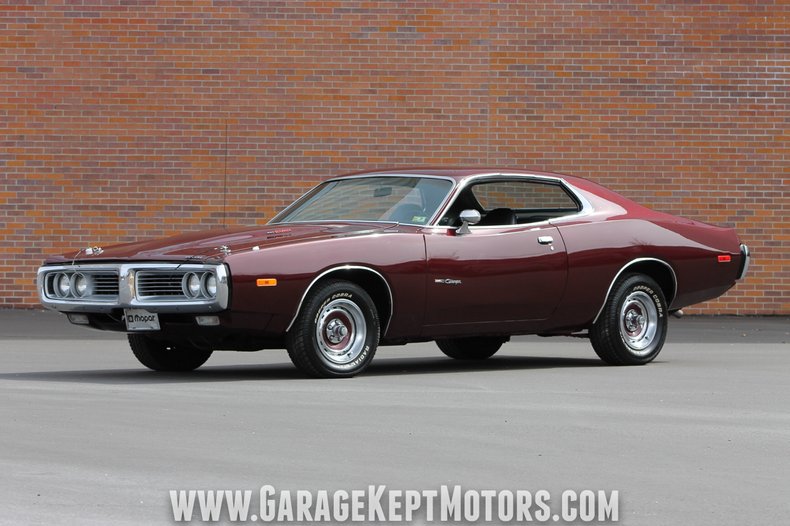 Mopar Mania! We are excited to bring this 440 Six-Pack 1973 Dodge Charger to market. Owned by a lifelong Mopar enthusiast, he purchased the car through Planet Powersports in 2014 who acquired it from Oklahoma. It is a southern car and remains very clean underneath. For the past four years, he has made the car his own, from a full Black Cherry paint job, transmission and drive shaft rebuilt, and even dropped in a 440. The block was from a 1973 and the intake and carbs were out of a 1969. The motor only has 500 miles on it since mating with the car. Power is transferred through a SlapStick automatic transmission with front disc brakes. The car starts on command, runs well, and is a blast to drive. Runs down the highway with ease.

Our client is hoping this car goes to someone who has enjoyed it as much as he has, and the only reason he is moving it along is because he has too many cars. For example, we just sold his 1968 Satellite to Belgium (also a sweet car). The car has a great stance with the period correct wheels and hood pins. The 440 really gets up and goes! A great Mopar at a reasonable price. Call if interested or e-mail with questions. Thank you for looking.