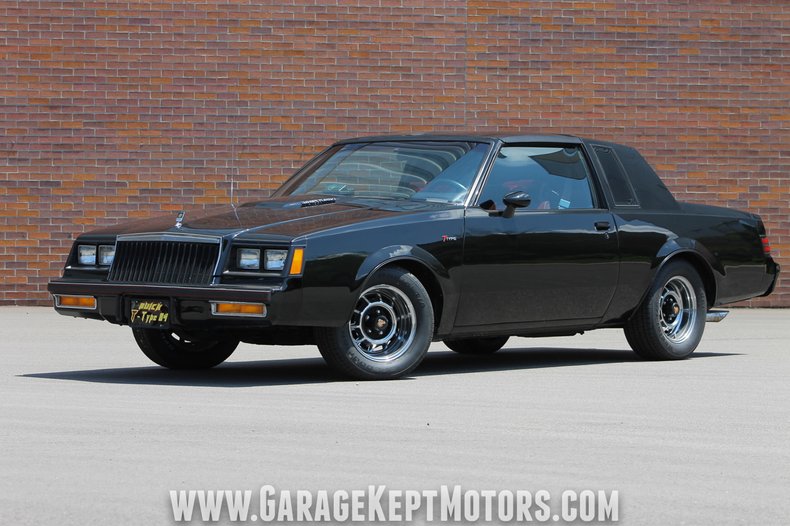 The Buick Regal T-Type and the Buick Regal Grand National are exactly the same cars, except the Grand National only was offered in all black. While Grand Nationals are on the rise in value/collectibility, the twin brother T-Type has fallen under the radar, even though they are mechanically identical. They are built on the same platform and have same engine. The only difference is cosmetics.

According to the original window sticker (not a copy - the real thing), which accompanies the sale, this vehicle was delivered and sold through Gavin Chevrolet & Buick of Middleville, Michigan. The car came from the factory in Black (19L) paint over a Red cloth (389) interior. It has been recently repainted in black, including the bumpers, with Grand National wheels added, wrapped in brand new rubber. Essentially, it is a Grand National set-up, besides having a red interior instead of black.

The car has been gone through by our mechanic with a new mass flow sensor and new power steering pump. Brand new tires too. This is an awesome car that has always been stored inside and is now ready for new garage. When everyones looking for the Grand National, why not be different in the T-Type? Its the same car and is a blast to drive. Be sure to check out all the photos and video on our main website: Garage Kept Motors. Call if interested or e-mail with questions. Thank you for looking.