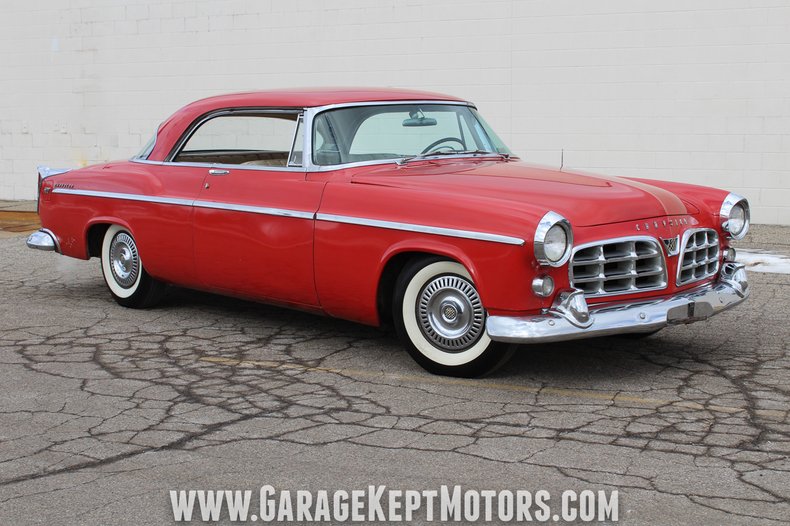 CURRENTLY FOR SALE ON BRING A TRAILER ONLINE AUCTION - GO TO THEIR SITE TO BID!

See over 150 photos and video on our main website: Garage Kept Motors

This car is the real deal. A true survivor that has been preserved by three generations. Mr. Charles Hannigan purchased this Chrysler C-300 brand new in 1955 from Mason Chrysler Plymouth dealership in Royal Oak, Michigan. Charles used the car as high daily driver, including some cross-country road trips, until 1968 when the car was passed on to our clients parents. Then, in 1998, the car was given to her family and they've enjoyed it ever since. In 2008, the engine was completely rebuilt and the only thing non-original to the car was added: the dual exhaust system. Other than that, the car remains 100-percent original. The car is not a reproduction or restoration, rather an outstanding family-owned example with all original paperwork. And the family has now decided the car needs to have a new garage with new owners that have enjoyed it as much as they have.

The car is finished in factory Tango Red, which has never been repainted. The leather interior is also original as are all the buttons and instruments on the dashboard. The car is powered by Chryslers first ever HEMI: the Chrysler FirePower 331ci/300hp 2x4bbl V8. It fires on command and runs well. Power is transferred though a Two-Speed PowerFlite Automatic transmission. It has Independent front suspension with coil springs, Live rear axle with semi-elliptic leaf springs, and four-wheel drum brakes. This car was also optioned with a rear view mirror and radio speaker. The wheel covers to the car are original and were standard.

This Chrysler was ahead of its time when it was released, with tons of power and a steady winning streak in NASCAR. They only produced 1,725 of them and we'd like to bet this is the only one that has remained untouched since 1955, let alone stayed in the same family ownership. A truly remarkable car with an incredible story. Anyone can restore a car but to find one over 60 years old with low production numbers in 100-percent original condition - now that is special. That is a collector car. Call or e-mail if interested. Thank you for looking.