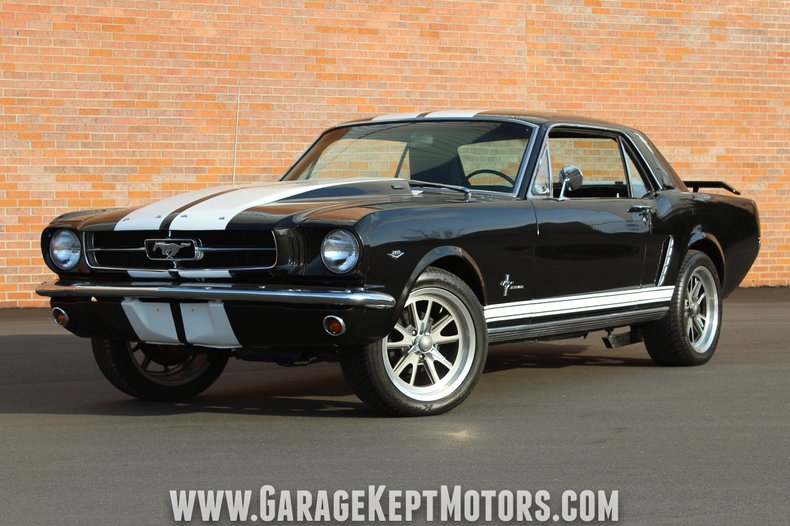 Offered here is a 1964.5 Ford Mustang Coupe, built to be a look and drive like a GT350. The car was originally sent off the Dearborn factory line with a 260 V8, offered only in the first 1964.5 half-year run. However, the 260 engine was notoriously problematic so they were often replaced. This car now has a robust Ford 289 V8, which has been rebuilt with Keith Black Pistons and upgraded cam, headers, rockers, pushrods, and lifters, which was done at P&B Auto of Howell, Michigan in January of 2018. They also added a new radiator. The engine compartment is tidy with a Cobra intake and chrome cross brace. The motor runs strong and true. Mated with a 4-speed manual gearbox and the tribute GT350 black with white stripes paint scheme, this car is a real head turner. Not only fun to look at but even more so to drive. It also features a hidden Bluetooth stereo. Be sure to check our website for all photos and video of it running. Call or e-mail if interested. Thank you for looking.