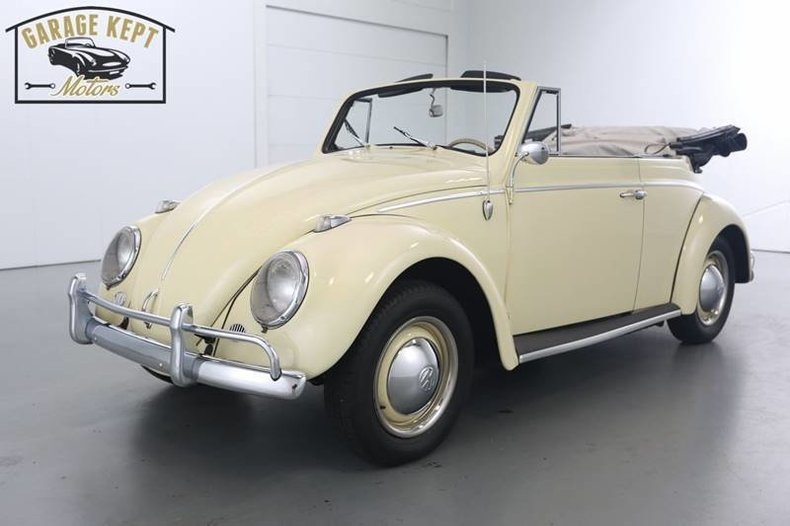 For a car that had a rather odious beginning as a people's car commissioned by Adolf Hitler, the Beetle came to be loved by multiple generations of basic transportation seekers on every continent with the possible exception of Antarctica. Originally promised to pre-war Germans who saved the requisite amount of Reichsmarks, it wasn't until after the war that a Beetle was delivered to a private customer. Beetles of the 1950s and 1960s were marked by evolutionary rather than wholesale changes. A minor increase in horsepower and displacement and several different rear window designs (a small split window, a small oval window and a larger window) was about it through 1967. The 1960 “Think Small” advertising campaign is still studied in marketing classes around the world. Throughout most of its life in the U.S., the Beetle was offered in sedan and cabriolet body styles. Pre-1968 Beetles were inexpensive but never cheap. They were well-assembled, used first-rate interior materials and have a charm that's lacking in later cars. Just about every part for a Beetle is readily available and most are quite inexpensive.

This 1964 Convertible example is powered by the original, and refreshed, rear-mounted 1192cc/40hp 1bbl 4-cylinder engine mated to a 4-speed manual gearbox. It starts on command, drives straight, and runs down the road smooth. In 1964, only convertibles had special color options, one of them being Yukon Yellow, which this Beetle proudly wears with a black soft top over a black interior. The car has been well cared for over the years and remains in excellent condition. All finishes, including all the chrome fittings, remain in great shape. If you are in the market for a classic Beetle that has had all the bugs worked out, this is the car for you. Ready for a new garage near you!


Call or e-mail for more information, or to make a reasonable offer. Thank you for looking.