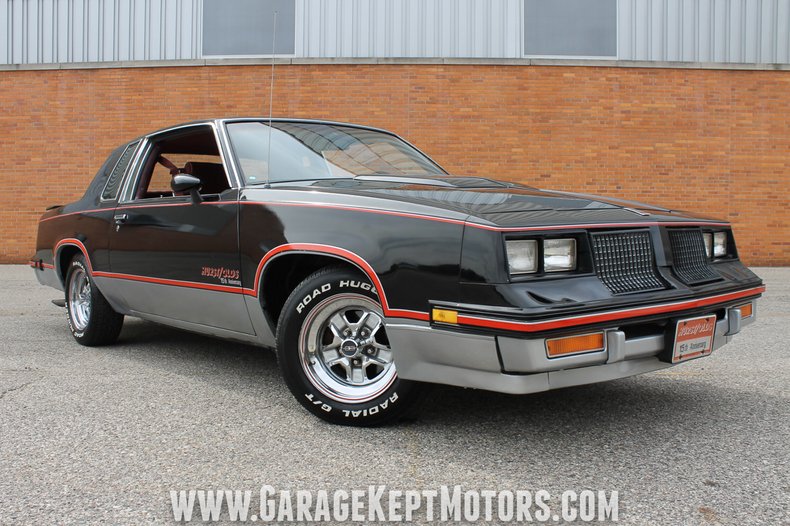 Offered here is a cool and classic 1983 Oldsmobile Cutlass Hurst/Olds for consideration. The iconic Hurst/Olds line started in 1968 and ran until 1979, until GM re-released the 15th Anniversary Edition in 1983. Only 3,001 Hurst/Olds Cutlass' were produced in 1983, which makes this example highly sought after and definitely a future collector car. It is beyond cool and is finished in original Black with Silver trim over a Red interior.

The car is powered by the original, numbers matching 5.0L V8 mated to an automatic transmission with the iconic Lightning Rod shifter. It runs strong and drives well and get looks at every stop light. The car remains highly original with all original interior and body panels. This is an awesome, classic Oldsmobile that will continue to appreciate over the years, especially since GM discontinued the Oldsmobile line in 2004. Call or e-mail if interested, or to make a reasonable offer. Thank you for looking.