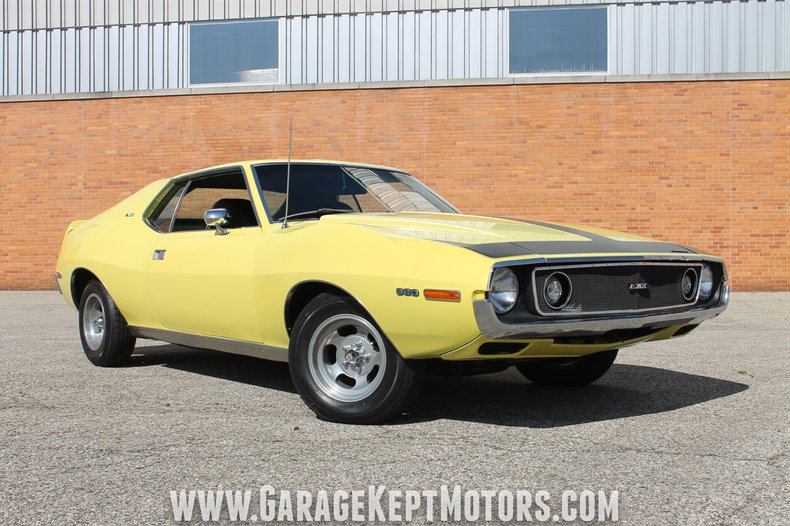 Offered here is a one-owner 1971 AMC Javelin AMX. American Motors Corporation produced the Javelin from 1967 to 1974 and higher line AMX from just 1971 to 1974. Only 2,054 were made in 1971. This car was ordered brand new by Wayne M. Korf of Wyoming, Michigan and was delivered May 25, 1971. This car comes with all ownership history, including the original owner identification card, AMC consumer booklet, warranty booklet, original owners manual, and ALL receipts and records dating back to purchase, including the Zeibart rust prevention receipt done in 1971.

This one-owner AMX is finished in original Canary Yellow (code A2) over a Black Corduroy (code 161) interior. It is powered by the original 360ci/285hp V8 with an automatic transmission. The car has 58k original miles and has been meticulously maintained throughout the longstanding ownership. Unfortunately after 46 years of owning this AMX, Mr. Korf passed away. It is an emotional sale for his family but it is time the car finds a new home. You will be hard-pressed to find another AMX with one owner and all ownership history. These are becoming increasingly collectible American muscle cars as they are no longer in production and were only made for a limited time. With just 2,000 made and one-owner, this is a great car at the price offered here. Call or e-mail if interested, or to make a reasonable offer. Thank you for looking.