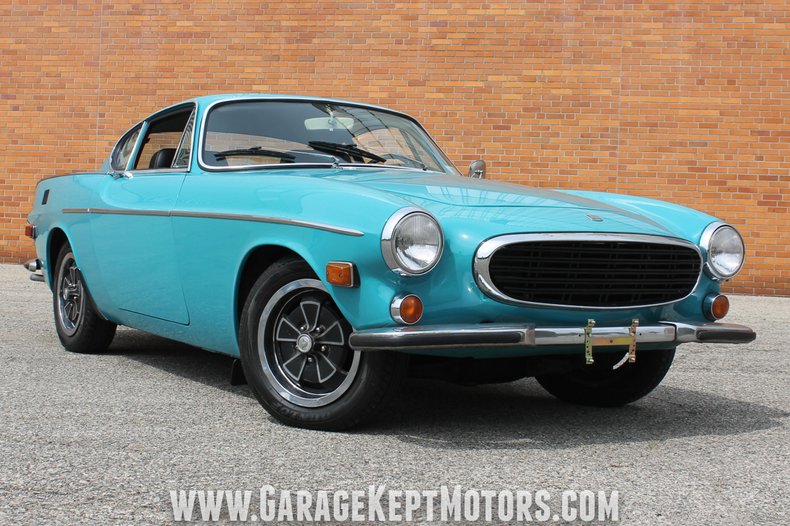 
Development of Volvo's P1800 sports model began in 1957, with development headed by Helmer Petterson, who was responsible for the groundbreaking PV444 during the 1940s. Petterson's son Pelle, who was then with Italy's Frua, handled design. Frua produced three prototypes, and the P1800 debuted in coupe-only form for 1960.

Prior to the P1800's arrival, Volvo was well-established as a manufacturer of rugged, dependable cars with a slightly stodgy and austere appearance. But for those in the know, the PV444 and PV544 saloons were also quite enjoyable to drive and the Volvo four-cylinder engine responded well to tuning. In an effort to improve its image, Volvo introduced the P1900 sports car, a fiberglass-bodied machine with a tuned “B14” engine that produced 70 horsepower. Unfortunately, it did not live up to Volvo's usual standard of quality and only 68 examples found buyers.

Thankfully, management didn't throw in the towel, but instead they regrouped and a new car was designed, this time with a more practical steel body and mechanical underpinnings based on the new Amazon/122 chassis. The new car, called P1800, had a dramatic body that was quite unlike any Volvo before it. It was styled largely in-house, though it did get some tweaks courtesy of Frua of Turin, who built the first prototype. The P1800 was a smashing success for Volvo; so much so, they had to farm production of the bodies out to Pressed Steel of West Bromwich, England for the first round of production. To control costs and quality, production then moved back to Sweden and continued through the mid-1970s, with the P1800ES wagon being the final evolution of the model. During the 1961 to 1973 production run, Volvo is reported to have produced 39,407 coupe versions and 8,077 sport wagons. Roger Moore famously drove a variant of this car in the popular ITC television mystery spy thriller, “The Saint.”

For 1970, many modifications came with the fuel-injected 1800E's 2.0-liter inline four-cylinder which has Bosch D-Jetronic fuel injection and a revised camshaft, and produced 130-hp while still delivering excellent fuel economy. Top speed was around 120-mph and acceleration from 0- to–100-kmh (0– to 62.1-mph) took 9.5 seconds. The transmission is a fully synchronized four-speed with standard electronic overdrive and encourages fast shifts, as it should be on a grand touring car. In addition, the 1970 model was the first 1800 with four-wheel disc brakes.

Like any P1800, this machine provides fun, predictable handling during a spirited drive. Just because this was known as Volvo's most different car was no reason to construct it any differently; comfort is standard equipment, it's not something that needs pretending. These are delightful driver's cars, and make an excellent choice for a starter classic as they are reliable, easy to drive and of course, very stylish. This honest, solid example is sure to return plenty of fun for its next owner.