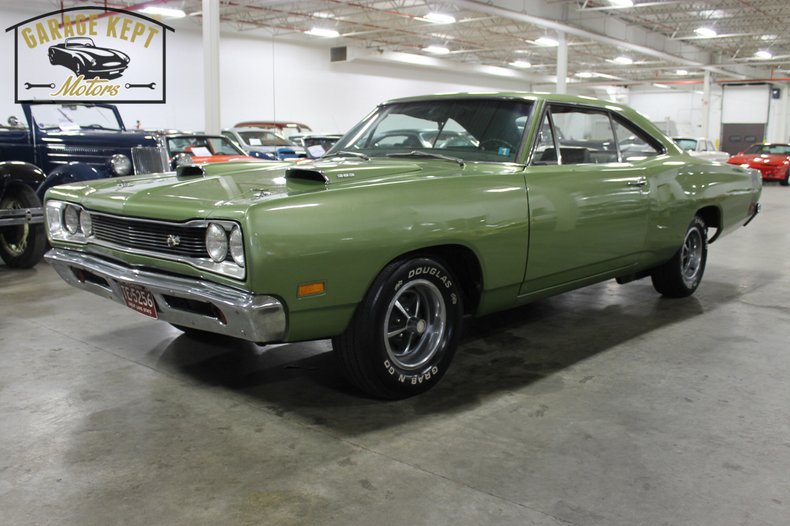 Offered here is a Mopar time capsule. This 1969 Dodge Coronet Super Bee has been in one Michigan man's garage since 1986. He purchased the car out of California and it has been his pride and joy for the past 30 years, driving it occasionally when the weather permitted. The car came from the factory with a 383; however, a period correct 1969 Super Bee 440ci/390hp 3x2bbl Six Pack engine now powers this classic. As you'll see from the photos, it does need some TLC in areas but it remains all original, expect for the motor.

The car is finished in factory F3 Light Green paint over a two-tone Green vinyl interior. Gear shifting is done through the factory floor-mounted Hurst 4-Speed Manual transmission. The car runs and drives with plenty of power. Super Bee's are hard to come by and are priced quite higher than this example, especially with a 440 Six Pack under the hood. This is an opportunity to drive it as is without depreciation or put a few bucks in it and easily get your money back. A great classic Mopar with plenty of room in the price to do what you want. Call or e-mail if interested. Thank you for looking.