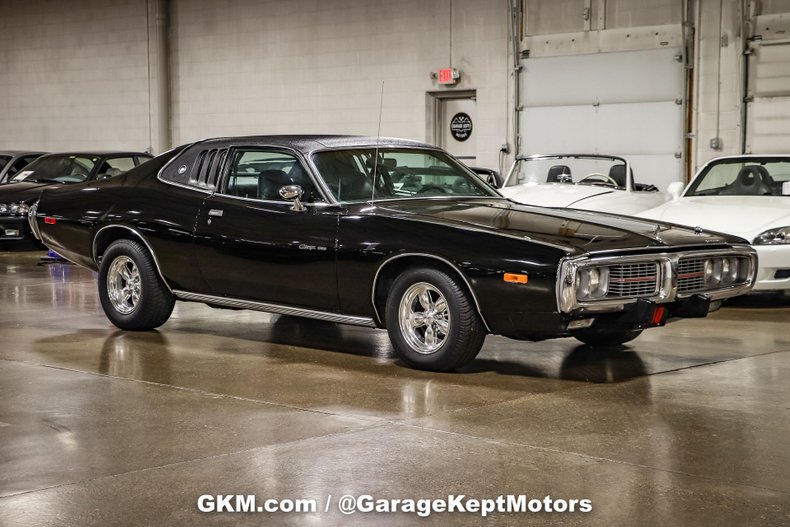 With the popularity of the Pony Car in the mid-1960s, it is no wonder that many auto manufacturers started to seek out a piece of this automotive craze. Although it was initially a concept car, the first Charger was produced for the 1966 model year. Designed as an upscale, upsized Pony Car, the Charger was hoping to be the new personal car that was going to set Dodge apart in this new emerging niche market. Noted as a more expensive and luxurious coupe than some of its competitors, the Charger was positioned to take on the market segment represented by the Oldsmobile Toronado and Ford Thunderbird instead of the muscle car segment which is where this vehicle is often categorized.

The third generation of the Dodge Charger was produced from 1971 through the 1974 model years. Like the 1971 model, the 1973 and 1974 models had minor differences in the grille and headlamps as well as debuted with new quarter windows that were both larger and shaped differently than previous Chargers. The third generation also saw an increase in sales due to Dodge's elimination of the Dodge Coronet, allowing the Charger to be the only two-door intermediate-sized vehicle under the Dodge brand (although the Coronet would reappear in 1975).

Shown here is a 1974 Dodge Charger SE. Displayed in a triple black factory color combination, this Charger is quite stunning. With a bold front fascia and chrome American Racing wheels, this Dodge exhibits a subtle muscular prowess that is not overwhelming. All exterior finishes show nicely, and the vinyl roof covering has aged exceptionally well. The triple quarter windows harken to design elements from the Chevrolet Camaro and Plymouth Barracuda. From the nose to the tail of this vehicle, it is evident that this Charger has been taken care of. Under the hood is a non-number matching motor but this Charger is noted as a factory U Code 440 car. Noted with 94k miles and an automatic transmission, this unique offering from Dodge is ready to hit the road.

As stated, the black interior has been as well-kept as the exterior. The leather front bucket seats and rear bench are supple and appear quite comfortable. There are a couple of tears in the headliner, but they are not significant enough to be completely falling down; it may need to be replaced at a future date. Noted with tons of factory options, like power windows and AM/FM radio, this Charger is filled with style.

With the reintroduction of the Charger name and its continuation today, these vintage examples are becoming quite favorable among collectors. This Charger is the perfect example of both performance and grace. We hope that you consider this Dodge Charger as the next addition to your garage or collection. Please call if interested or e-mail with specific questions. Thanks for looking.