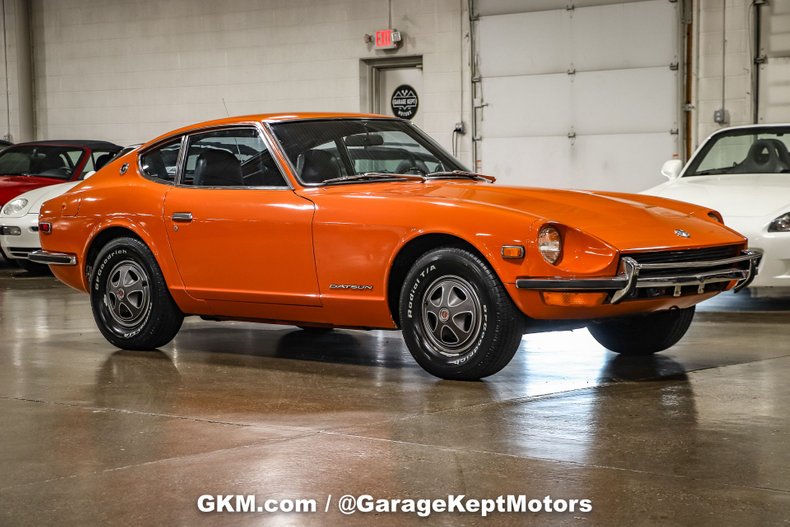 Prior to 1969 the general impression of Japanese cars paralleled that of most products coming out of the Pacific Rim region, simply cheap throw away products lacking any quality or longevity. However, in the fall of 1969, with the introduction of the Datsun 240Z to the US shores these opinions where quickly changed. The 1969 Datsun's 240Z was built with the objective to compete with European sports cars such as Jaguar, Porsche, Triumph, and Alfa Romeo yet at a price point more in line with the less expensive MGB-GT. The perfect storm was brewing in Europe and the US to facilitate the 240Z's coming ashore in North America. Labor issues were developing in European plants and engineers had left mechanicals virtually unchanged on most of Europe's entry level sports cars all leading to a drop in build quality. Meanwhile oppressive new safety and emissions regulations in the US, that further challenged the European manufacturers cars coming ashore, who choose to merely band aid the challenge with power robbing emission controls and heavier bumpers. However, at the same time the Japanese built Datsun 240z was proving to be more reliable and better built for the money. These Japanese cars were rockets on wheels with far better performance than the competition. These cars were sleek and attractive with a smooth 2.4 liter overhead-cam straight six and independent rear suspension which gave the 240Z the go to accompany the show! The sleek hood contributed to the 240Z's aerodynamic design, which made it faster as well as more fuel economical. Datsun reported a 0-60 time of 7.8 seconds and the 125-mph top speed which outperformed the Porsche 911T and Jaguar E-Type for half the money. Naturally, the highly capable 240Z likewise outperformed similar priced models from Alfa Romeo, Fiat, Opel, Triumph, and MG.

Offered for sale here at Garage Kept Motors is a 1972 Datsun 240Z. With only 82,000 miles on the odometer this Z is largely well preserved and has had some light restoration work carried out on it, with an emphasis on preserving originality. It has been repainted at some point and the paintwork is well executed. Bumper chrome and related stainless trim is well maintained and presents with a rich luster. Underneath this car is clean and well detailed. The floorboards are painted body color and there are no hints of any rust or accident repair. Brake and fuel lines have all been replaced, and the brakes have been serviced including new brake calipers. MacPherson struts, anti-roll bar, coil springs, lower transverse, telescopic torsion bars connected to the lower control arms smooth the bumps in the road up front, with Chapman struts, and lower wishbones outfitted in the rear suspension make this car suitable for highway or the road course. Steel 14-inch wheels are wrapped by B.F. Goodrich radial T/A raised white letter tires with factory sport wheel coverings complete the suspension.

Under the hood is clean and well preserved including the often missing under hood light. This Datsun is powered by the 2.4-liter inline-6 motor equipped with twin carburetors, that is factory rated at 151 horsepower at 5,600 RPM and 146-foot pounds of torque at 4,400 RPM. Power is sent to the to the independent rear differential through a 3-speed automatic transmission. Under hood options include power steering and power brakes.

Inside the cabin is simple and to the point with few comfort options as one would expect from a performance-built sports car. The interior is surprisingly roomy due to the 90.7-inch wheelbase and will easily fit taller drivers and passengers. The upholstery and interior panels present as original with new carpeting. The cabin is clean and well maintained showing only very light wear. The speedometer and tachometer are framed by a race influenced wood rimmed sport wheel. Center dash mounted gauges are accompanied by a factory clock. The factory AM/FM radio is still present and this car features rear window defogger. An interesting feature on this car is the factory manual choke which is equipped with an indicator light to remind the driver the choke is still on. The rear hatch area is equally clean and well preserved including the often-missing luggage tie downs.

This is a very clean car through-out that will show nicely at car events and cars and caffeine type drive in gatherings and is sure to generate a great deal of conversation. Keep in mind this sports car is far more than a show pony, it is an amazing driving car, ready for weekend drives and day trips on two lane roads and also highly capable for a track day. Please call if interested or e-mail with specific questions. Thanks for looking.