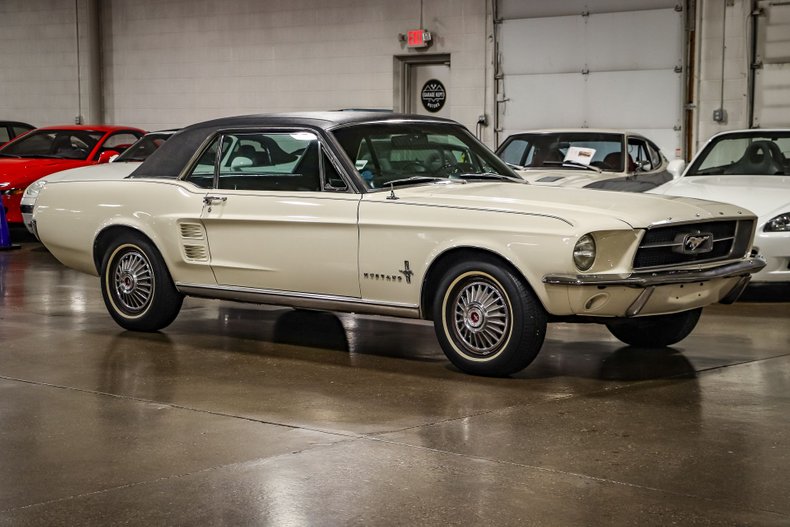 Known as the face of pony cars (and we don't just mean because of the Mustang name), the Ford Mustang was Lee Iacocca's vision for a “small car” that wasn't really in the market during the early 1960s. Designers were initially instructed to create the Mustang with five goals in mind; it would seat four, have bucket seats and a floor mounted shifter, weigh no more than 2,500 pounds and be no more than 180 inches in length, sell for less than $2500 (US), and have multiple power, comfort, and luxury options. We think it is safe to say that these designers created a hit. The Mustang's styling, with its long hood and short deck, proved wildly popular and inspired a host of competition.

Although still considered the first generation of the Mustang, the 1967 model year was the first significant model redesign. Some of the major changes included the installation of the big-block V8 engine, overall size, interior and cargo space was increased, and exterior features were altered. The 1967 Mustang saw the introduction of concave taillights, side scoops and chrome (1968 model) side ornamentation, square rear-view mirrors, and gas cap changes. The Deluxe interior for the 1967 model year was amended, discontinuing the embossed running horse motif on the seatbacks in favor of a new deluxe interior package, which included special color options, brushed aluminum or woodgrain dash trim, seat buttons, and special door panels.

Presented here is a 1967 Ford Mustang coupe that is noted to have spent much of its life in California and has had the same owner since 1990. Displayed in the classic Wimbledon White over black interior with black vinyl top, this coupe is a clean original example of Iacocca's & Ford's vision for the Mustang. Powered by an A-Code 289ci/225hp 4bbl V8 with automatic transmission this Ford is ready to hit the road. Serviced by Verburgs Auto in Cascade, Michigan, this Mustang boasts new belts, hoses, radiator, water pump, muffler, and carburetor that were replaced in 2020 and a new AC condenser in 2022. It's noted that this Mustang came complete with factory air conditioning as well.

If you are looking for an American icon to either start your collection or be the perfect addition, we hope you take the time to check out this Mustang. The previous owner notes that this vehicle has always been garage kept and never driven in the winter and we agree that this is a great example of the iconic Ford Mustang. We encourage you to check this one out in person. Please call if interested or e-mail with specific questions. Thanks for looking.