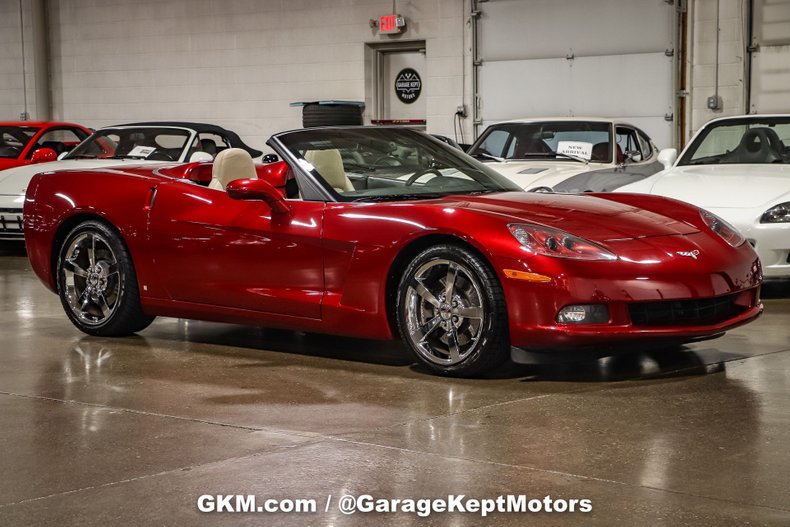 Known as “America's Sports Car” the Chevrolet Corvette became synonymous with freedom and adventure, ultimately becoming both the most successful concept car in history and the most popular sports car in history. Named after a small maneuverable warship, the Corvette was Chevrolet's flagship model with production starting in 1953 and continuing to current models. With eight design generations and noted for its performance and distinctive fiberglass or composite panels, the Corvette remains the only two-seat sports car produced by a major United States auto manufacturer.

The sixth generation, or C6, Corvette was produced for the 2005 to 2013 model years and was the first Corvette with exposed headlamps since the 1962 model. Production variants included the Z06, ZR1, Grand Sport and 427 convertibles. With the start of this new generation of Corvette, Chevrolet introduced new bodywork, revised suspension geometry, a larger passenger compartment, a larger V8 engine, and a higher level for refinement. Beginning with the 2008 model, the Corvette received a new engine, the LS3. This engine increased displacement to 6162 cc and power was increased to 430 hp and 424 lb-ft of torque (and 428 lb-ft with the optional vacuum actuated valve exhaust. The 2008 C6 was also received revised steering for an improved feel and the wheels were updated to a new five-spoke design.

Presented here is a 2008 Corvette convertible that bares the aforementioned LS3 V8 and a 6-speed manual transmission. This all stock C6 notes 10,735 miles and one owner. With styling and design cues that make this Corvette look fast standing still, the shiny red paint paired with tan interior and top, truly make this C6 a beauty. The five-spoke chrome wheels offset the red paint and could be considered the ultimate sport look. The tan interior shows off the additional passenger room and is accented with carbon fiber inserts along the dash and center console. With passenger perks like heated seats and CD changer, this Corvette is ready to hit the road.

With an aggressive, muscular stance, this Corvette was the ultimate sports car of its era. The heritage of this brand is not only well-known but has withheld the passage of time. Each generation of Corvette is a classic in its own right and this vehicle presents the perfect chance for you to own one yourself. Whether you are a tried-and-true Corvette enthusiast or if this would be your first Corvette, you will not be disappointed. We encourage you to check out this C6 in person. Please call if interested or e-mail with specific questions. Thank you for looking.