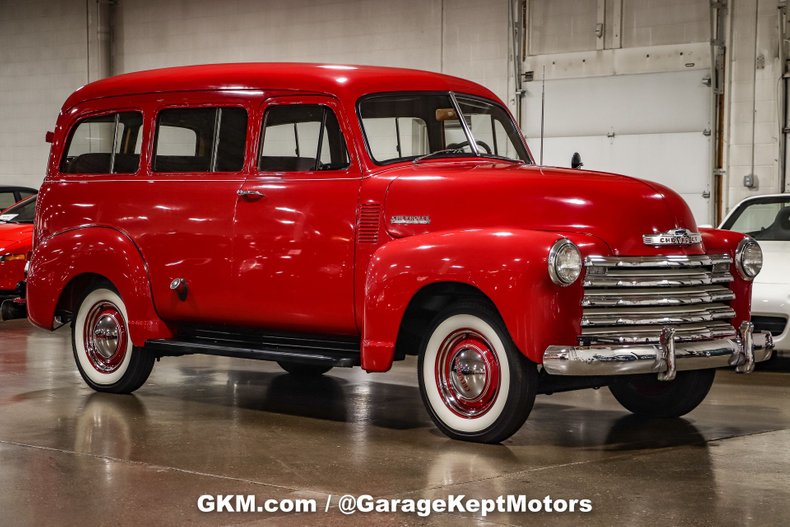 Noted as the longest running nameplate in automotive history, the Suburban gained mainstream acceptance starting in the 1990s as station wagons declined in popularity. Folks simply didn't want to drive their parent's cars. But SUVs have been around for a lot longer than that; the first model that could be considered an archetype dates all the way back to 1935 with the Chevrolet Suburban Carryall. The 1935 first generation Carryall Suburban was one of the first production all-metal bodied station wagons, which we now consider a prominent part of the SUV family.

The Chevrolet Suburban brand has been a staple of Chevrolet's truck lineup for decades and very few in the automotive community are aware that this model was built on the 3100 ½ ton truck platform. Designed and marketed to those with larger families, the Suburban became known for the ability to seat a minimum of 8 passengers or haul as much gear as you desire. The Suburban of today retains some of the original charm that it was first debuted with including three rows of seating, a full pickup frame underneath, and an all powerful V8 engine.

Offered here is a stunning 1952 Chevrolet Suburban that has undergone a 5-year rotisserie restoration that has brought it back to factory specifications. The previous owner has stated that as part of the restoration, 99% of the parts used were NOS that were sourced from all over the country to retain as much authenticity as possible and to be judged at the highest standards available. No details have been spared as this is an incredible example of an American icon. This truck fires up with ease, engages into gear very nicely and runs at 55 mph without hesitation.

This Suburban has had the pleasure of being judged by the Vintage Chevrolet Club of America on three different occasions as well as been invited to the Antique Automobile Club of America (AACA) Hershey Fall meet, which are both great honors. In 1991, this truck scored 986 points out of 1000 points, winning the “Commercial Best of Show” award. But this was not the end of this Suburban's award run. In 2009, it received a score of 991 out of 1000, and then in 2013, it scored 989 points, giving it the ultimate honor of being awarded the “Preservation Award”. It is no small feat to obtain any of these honors as the judges for these awards are very meticulous valuing every detail, down to confirming the right bolts are used.

There is no debate that this Suburban is truly a work of art and a beautiful vehicle. With delicate features like grey pinstriping and bright red paint, this truck is in a league of its own. Outfitted with chestnut interior with brown trim, running boards, rubber front floor mat, AM radio, and a 216ci inline 6-cylinder engine that boasts 91hp, this truck not only looks good but tackles the road with ease. Included in the sale are numerous documents and literature such as judging sheets, pictures throughout the restoration, and owner's and shop manuals.

Some may call the Suburban Carryall the O.G. SUV and we cannot disagree. Always ready for any family adventure or epic journey, the Chevrolet Suburban is one of a kind. This example is one of the best! Please call if interested or e-mail with specific questions. Thank you for looking.