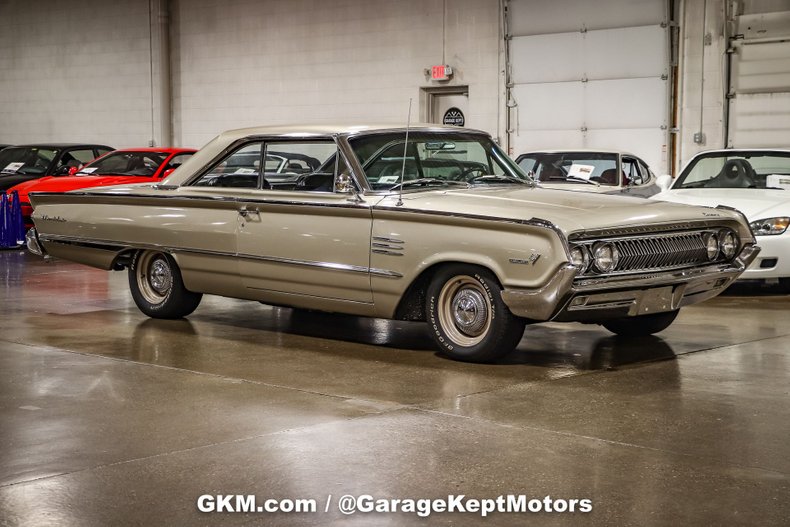 Offered here is a piece of American driving history. This beautiful 1964 Mercury Marauder 2-Door Hardtop Montclair Fastback is stunning and is also the Silver 25th Anniversary model. The car came to Michigan from a large Mercury collection in North Carolina in the mid 2000's. The car is clean and has 53,908 miles shown, which are believed to be original. The previous owner went over the car thoroughly, which included tuning the 390ci. motor, adding new Magnaflow exhaust, repainting the car, adding a fresh black bucket seat interior to replace the original bench seat, and converting the car to a more desirable automatic floor shift from the original column shift. All tasteful upgrades that enhance the cars look, performance, and driving pleasure. Besides the new exhaust, everything mechanical is stock or has been replaced by OEM parts.

The car is powered by its 390cid/300hp V8 engine mated to an automatic transmission with rear wheel drive. It runs and drives great, and sounds even better. The Marauder was only produced for a few short intervals while Mercury was still making cars. They ran from 1963–1965, 1969–1970 and 2003–2004. To say they are rare is an understatement. You won't find many for sale, especially First Generation Silver Anniversary examples like this one. A great car at a very reasonable price. It is an excellent example of Mercury Pride: The Marauder, an American legend. Call or e-mail if interested. Thank you for looking.