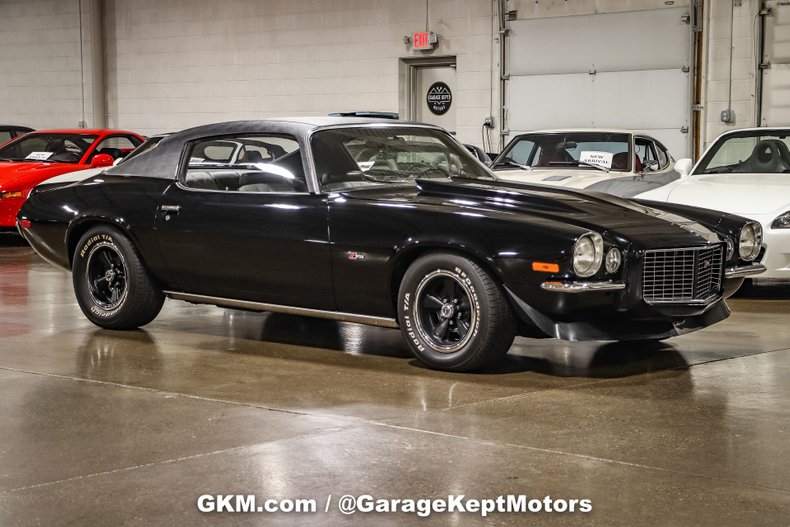 Considered an American pony car, the second-generation Chevrolet Camaro was produced from 1970 through the 1981 model years. It was longer, lower, and wider than the first-generation Camaro and was no longer available in a convertible. GM engineers even claimed that the second generation is much more of “A Driver's Car” than its predecessor. The chassis and suspension of the second generation were refined in both performance and comfort by providing significant advances in soundproofing, ride isolation and roadholding. The 1970 model was introduced to the assembly plants in February 1970, halfway through the model year and this caused some people to refer to these Camaros as a “1970 ½” model. This specific model year is often regarded as the most desirable of the early second-generation Camaros.

A new body style featured a fastback roofline and ventless full-door glass with no rear side quarter windows. Doors were wider to permit easier access to the rear seat, and a new pull-up handle replaced the old door handles which had a lower button that had to be pushed to open the door. The 1970 Camaro was the first to be offered with a rear stabilizer bar, but the four-wheel disc brake option was dropped. For the interior, a new curved instrument panel featured several rounds dials for gauges and switches that were presented directly in front of the driver while other controls were moved to side. New Strato bucket seats, unique to the 1970 models, featured squared-off seatbacks and adjustable headrests.

Highlighted here is a freshly restored 1970.5 Chevrolet Camaro Z28 RS. Presented with Tuxedo Black paint and an original styled vinyl top, this Z28 is absolutely mean. The exterior is gorgeous, with chrome bumpers and trim contrasting with the gloss black paint.

Powering this beast is a 454ci V8 that has been bored .30 over, which is estimated to have around 600HP. It's been updated with rectangular port heads and a .600 lift solid cam. Paired with a 4-speed Muncie M21 and 12 bolt rear end with 4.10 posi, this Camaro is meant to be driven. Other updates include 3-inch Mandrel Bent exhaust, new rear spindles and springs which have given this Camaro an even lower appearance.

The interior has received the same treatment as the exterior and is completely brand new including a new dash and new glass throughout. The stock looking houndstooth inserts on the front buckets and rear bench make this interior as iconic as the exterior. Overall, this interior is pure bliss.

While this Camaro may appear to be a dark horse, it truly carries the heart of gold that Chevrolet and the Camaro name bring to the automotive world. With plenty of power under the hood, this vehicle sounds and drives like a dream. This Camaro is genuinely a one-of-a-kind find. Please call if interested or e-mail specific questions. Thank you for looking.