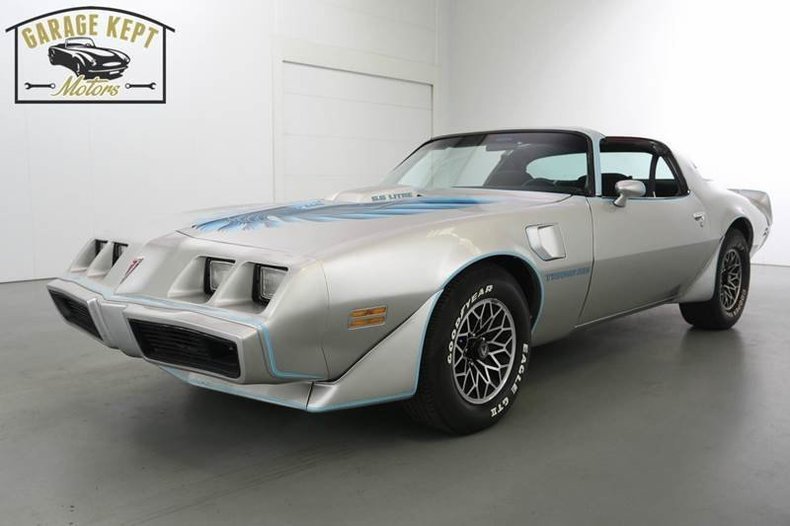 SEE OVER 75 PHOTOS AND VIDEO ON DEALER WEBSITE: Garage Kept Motors, LLCOffered here is a nostalgic 2nd generation 1979 Pontiac Firebird Trans Am. 1979 marked the 10th year anniversary of the Trans Am and the example offered here came with the most power available from the factory. That's right, this car has the legendary K-Code 403ci (6.6L) Oldsmobile V8 engine, which was the last year Pontiac offered the Olds 403 engine. It is a numbers matching car and It runs and drives like American muscle cars should - lots of power and one-of-a-kind curb appeal. The car is not perfect but it would make a great weekend warrior and you would be proud to take it to any car show. The car just came up from Texas and has never been driven in the snow here in Michigan - always garage-kept. Other noteworthy features on the car are the removable glass T-Tops, Dual Exhaust with quad tips, Radial Tuned Suspension, new Holley carburetor, new window motor, all new belts, and new striping kit with the iconic Firebird on the hood. This is a great looking and driving vehicle that won't break the bank.VIN Breakdown:2: Make - PontiacW: Series - Trans Am (1975-1979)87: Body Type - Two Door CoupeK: Engine Code - 403ci, 4-bbl V8 (1977-1979)9: Model Year - 1979N: Assembly Plant - NorwoodProduction Sequence: 107642