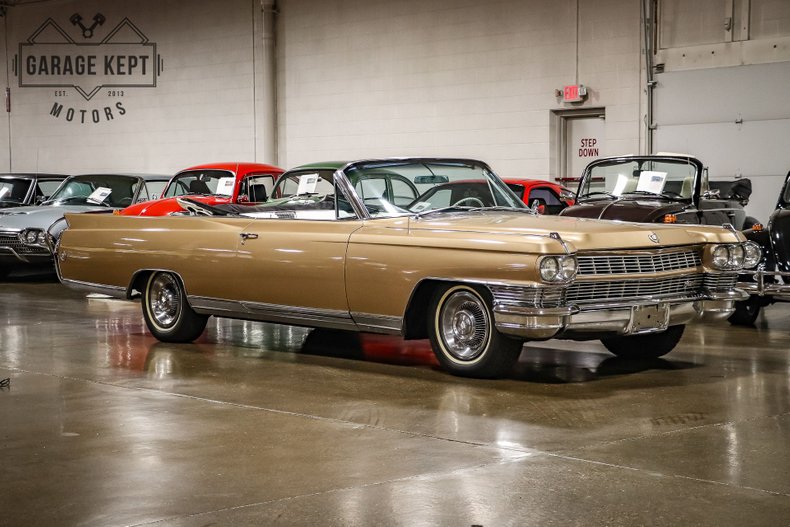 Offered here is a fully restored 1964 Cadillac Eldorado Biarritz Convertible for consideration. 1964 marks the final year of the fourth generation Eldorado, which is known as one of the best and most stylish examples. In 1965, the Eldorado officially became a Fleetwood series - the headlights went vertical and the iconic rear fins were lost.

The car is powered by the original 429ci/340hp V8 (7.0L) motor mated to an automatic transmission with rear-wheel drive. It was restored in the factory original Firemist Saddle (code 97) paint over a White trimmed interior (code 10) with a white power convertible top (code 1). This is a beautifully restored classic Caddy with the paint and bright work in excellent condition. The car was finished this summer and has been gone through mechanically to run and float down the road. All power functions work as they should and the mileage on the clock is believed to be original. This is a collector Cadillac and the the last year of the iconic Eldorado convertibles. A great value at the price offered here. Call or e-mail if interested. Thank you for looking.